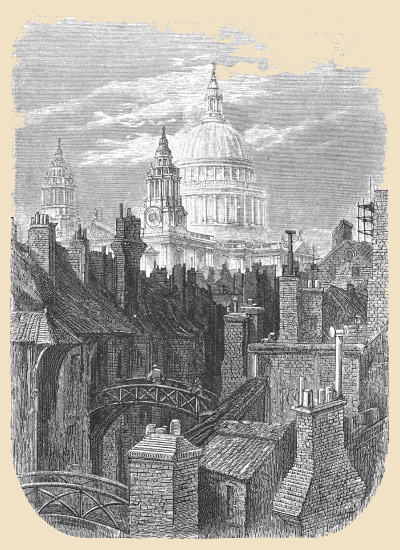 The first Kray we come across in the direct line is Frederick Kray born around 1773 in the City of London or nearby. Frederick is the Kray twins’ Great Great Great Grandfather. He worked as a Goldsmith, Jeweller , Dealer and Chapman, the first two occupations indicate an upmarket trade, but Dealer and Chapman indicate a trader of a lower level, working in the markets and Dealers Shops. A Chapman, indicates someone who barters and strikes deals (Ceap in old English being the root of “cheap” meanng a bargain or a deal). It seems likely that Frederick served his apprenticeship as a Goldsmith, then went into business on his own selling the goods rather than making them for sale. He is never described as a Journeyman or Master of his craft, so he may never have finished his apprenticeship.

In any case he makes some risky decisions in his life, getting young Mary, pregnant at fourteen in 1795 when he was twenty-two; not a crime at the time, but showing a lack of judgement. The pair stay together and have three sons between 1796 and 1800; Frederick Joseph, John (the Kray twins’ Great Great Great Grandfather), and Richard.

For a while Frederick gets by, managing to bring in enough money to take out a lease on a house, in Stanhope Street, Clare Market. This was an area wedged in between theatres and divided into “Ladyships” owing to the Madams who ran the brothels and lorded over the area. The rest of the streets and lanes were mainly inhabited by Butchers who ran herds of animals through the narrow lanes for slaughter in the shambles, cheap grocery shops, and stalls selling other goods.

Frederick most likely bought and sold jewelry, a precarious living and by 1806 Frederick finds that he can’t sustain his business, and is taken into Bankruptcy by his creditors. His debts are eventually discharged by the sale of all his worldly goods at a public auction from his home, strangers, and neighbours, picking through the Kray’s belongings, and buying them amidst cat-calls and jeers from the people rooting through their belongings, whilst Frederick, Mary and the children can just look on in despair.

Frederick never recovers from the blow, and the family struggles to survive, until in 1815 at the age of forty-two he dies. What caused his financial ruin and early death is not certain, but relations had not been all they could be between Frederick and Mary for some years as no children are born after 1800, despite them both being in their prime. Perhaps the proximity of the whore houses and drinking dens of the Clare Market had proved to be too much of a temptation for Frederick, a man with ready cash in his pocket.

Fortunately for the family the boys had managed to get trades, the eldest Frederick and youngest Richard following their father’s trade as Goldsmiths, the middle son John becoming a less  glamouros Brass Founder. This indicates that Frederick may still have had friends amongst the Goldsmiths, getting two of his boys into apprenticeships with them, perhaps John the middle son was less well disposed and therefore went into an allied metal working trade as a Brass founder, requiring less skill but more brawn. Mary and her eldest son Frederick crossed the Thames back to the Surrey side where she was born, and no doubt where her family still lived.

The two elder sons married at the end of their apprenticeships both in 1818, Frederick staying on the Surrey side of the river, and John staying in the City and Whitechapel. The youngest son Richard stayed north of the river and married in 1822.

One Reply to “The Family History of The Kray Twins Part 2: Georgian Goldsmith, Jeweller, Dealer, and Chapman”