A recent blog post Bring Out Your Dead brought up a topic that comes up in a number of Family Trees that I have traced.  This looked at the effect of various Pandemics on modern history, and this has lead me to write up in this blog post covering the surprising effects of Pandemics on the people of Great Britain.

The latest research on Ancient DNA has thrown up amazing insights in to the effects of ancient Pandemics on the people of Great Britain.   There have been three Pandemics that substantially affected the demographics of the British Isles in Prehistory to Historical times. 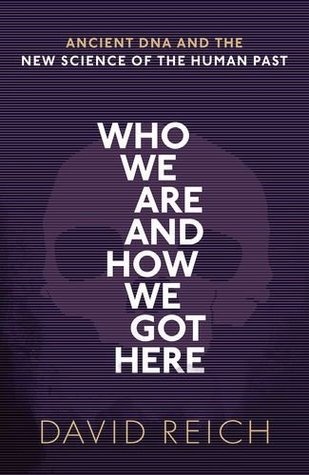 Whilst lounging by the pool in Lindos on the Greek Island of Rhodes reading “Who we are and how we got here”  by David Reich, I came across some startling facts about the pre-historic population of Great Britain.  The book is a very good read, with the caveat that the author has been forced to put a whole chapter justifying his socialist tendencies to the “Thought Police” within the academic community who have hounded him for some of his findings that don’t fit with their perverse world view.  So, putting such snowflakery aside, his actual findings are utterly fascinating.   The book is well worth purchasing for anyone interested in Genetic Family History.  Also I’d recommend reading it by your private pool at the Lindos Blu Hotel just as I did. 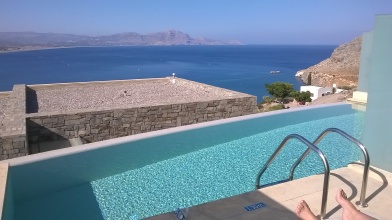 The passage that caught my eye was the following:

“… the bacterium Yersinia pestis was the cause of the fourteenth-to-seventeenth-century CE Black Death, the sixth-to-eighth-century CE Justinianic plague of the Roman Empire, and an endemic plague that was responsible for at least about 7 percent of deaths in skeletons from burials across the Eurasian steppe after around five thousand years ago.”

This was startling.  Let’s start with the earliest, Late Neolithic/Early Bronze Age Plague.  That Pandemic of plague was brought by the expansion of the Yamnaya Steppe culture in the Bronze Age, that saw a 90% replacement of Neolithic Genes by Bronze Age  Yamnaya Culture Genes showing a population replacement that separates the earlier periods of Stonehenge’s dominance to the later periods of Stonehenge’s adaption to a Bronze Age Culture.  This 9:1 distribution of genetic legacy is what is seen in modern indigenous British Citizens.

Genetic scientists working with Archaeologists have established that Yersinia Pestis the Black Death bacillus, has left its DNA in a large number of Yamnaya corpses, indicating that it was endemic amongst Steppe populations in the Bronze Age around 5,000 years ago.  However given that there was no population collapse associated with this infestation, it would seem that the Yamnaya Steppe derived population had built up a genetic resistance to the infection.

When these people moved West into Europe, they brought their steppe based disease with them, introducing it to Neolithic populations who had no natural resistance, causing population collapse within a couple of generations, and opening the way to their majority replacement by the Steppe Bronze Age Culture.  This first recorded Pandemic showed a pre-bubonic plague, i.e. the plague form spread by fleas, but still the pneumonic form that was spread but coughing, sneezing, and kissing.  This coincides historically with the rise of the “Corded Ware” culture that swept across central Europe around 4,900 years ago.

About 200 years after this, around 4,700 years ago, the Bell Beaker Culture exploded across Western Europe, eventually making it to Britain.  Although the Bell Beaker Culture started in indigenous peoples in Iberia, it seems that by the time it moved North, it had been taken up by people with a steppe ancestry, not the previously indigenous Neolithic Peoples.  The Bell Beakers reached Britain, contrary to previous theories, not just by trade, but with a whole new population, this is apparent in the aDNA (Ancient DNA).   the people who brought the Bell Beakers had little if any Iberian or Neolithic Genes, their Genes were overwhelmingly from the Steppes.  Going by the genetic signatures, it looks as if this replacement population originated from the near continent, especially around the modern Netherlands.  Once again the dramatic, up to 90%, collapse of the pre-Bronze Age Neolithic population of Britain in the face of the Bell Beaker phenomenon, points to a disease driven reduction in population at the time, hosted by new immigrants.

This movement of people also explains the arrival of Pre-Celtic Indo-European Language families into the Eastern British Isles.  All thanks to the first wave of plague that we have discovered.

In the next instalment we will see how the next wave turned Britain into England.

If you would like your Family Tree researched, and your Family Biography published, then please feel free to contact Time Detectives at: Paulmcneil@timedetectives.co.uk